Having developed an interest in the principles of joint locking and using leverage and technique rather than power to overcome an opponent, a serious interest in Brazilian Jiu-Jitsu was a natural next step. He began formal training in Gracie Jiu-Jitsu as part of the Pedro Sauer Brazilian Jiu-Jitsu Association in March of 2005 under fourth degree black belt instructor Greg Nelson, moving on to earn his blue belt in June 2007, his purple belt in September 2011, his brown belt in May 2015 and his black belt in July  of 2018. 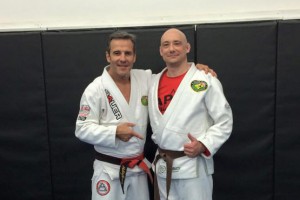 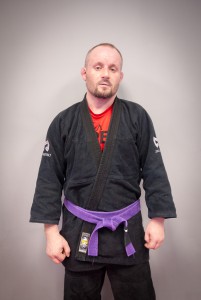 Shawn Woodhull began training Gracie Jiu Jitsu with Cris Johnson in 2006. He tested and was promoted to blue belt in November 2008, purple belt in March 2013 and brown belt in July 2018. Shawn also teaches the no gi classes at Apex.